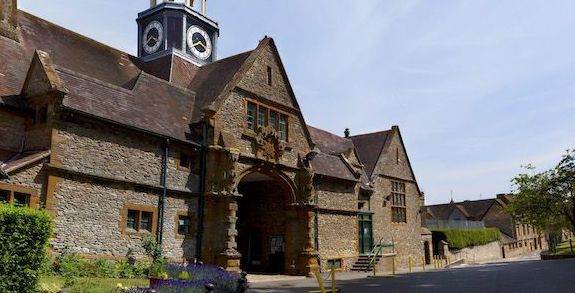 Letter to a prep school (re-redacted)

This link is to a letter I sent a couple of months ago to a boarding school where I spent a year when I was twelve years old.  It explains why I have not been in touch with the school over the intervening 50 years and more.  (I have returned just once, in 1968, to return a gaudy silver cup which was my reward for winning a hurdles race the previous year.)

It is a very personal letter and it will have to be taken on its merits, whatever they may be. In it I comment that it took me nearly three years to write; but when I had completed it, I noticed that I had actually created the file, and therefore started to write the letter, exactly three years and seven days earlier, on March 5th, 2018.

My purpose in publishing it is to illustrate what a private boarding-school education could be like within living memory, under the habits of mind of the mid-1960s, and how it could affect one of its pupils.  The school in question was not an obscure Dotheboys Hall but one of the most prestigious preparatory schools (for boys up to 13) in the country.  My class included two boys who shared their family names with nationally known industrial companies, which their families had founded and ran; and the class won six scholarships and exhibitions at public schools that year, four of them being awarded by three of the most famous schools of all.  And only very recently it was nominated for a national ‘Best Prep School’ award.

Prep schools and what they do

The question of a public-school education and its impact on pupils has been discussed since long before I was born.  But criticism of it is most often levelled at the ‘public schools’ themselves, which provide secondary education between the ages of 13 and 18. However – and not only because of my own experience – it seems to me that what matters most is a child’s experience in the earlier formative years before 13, at the prep school which precedes entry to public school. This certainly applied to George Orwell, whose sardonically titled essay Such, Such Were the Joys chronicles his own miserable time at a posh prep school in Sussex, rather than when he was a scholar at Eton.

Among my letter’s sidelights on the boarding-school culture of the time I mention ‘sneaking.’  I also compare life at that school with life in prison, and this is the public-school version of the prison term, ‘grassing.’  I am sure it is no coincidence to find this practice taboo both among schoolboys and prison inmates.  I leave it to social psychologists, or maybe anthropologists, to explain why it could be viewed in the same way by a headmaster too.

In many ways these are much more enlightened times than the 1960s, and I am pleased to report that the addressee of this letter read it attentively and sent me a prompt and very sympathetic reply.  He even recommended me to visit the Everyone’s Invited website, which I had not previously heard of.  His positive response succeeded immediately in purging this old memory in my mind.

As the law requires in such cases, the headmaster informed the local authority, which in turn passed the information on to the police due to the legal offences I mentioned.  So, quite unexpectedly and only a few days later, I was interviewed for over an hour on the telephone by a detective, although I stuck to my opinion that there was little point in pressing any charges.  However, he pointed out that of the five events that I described as sexual assaults, only one would actually be seen as such under the law; the other four – including one which the letter refers to – were actual bodily harm.  Since the ones that I called physical assaults left no physical mark, for all I know they may in fact not belong in that category either.

However, of the seven attacks on my person, the one that actually was a sexual assault was the least degrading to me.  I think there is a lesson here.  We have heard much in recent years about child sexual abuse.  A few years ago the newspapers were full of reports of it.  But we hear much less about bullying and its impact on victims, even if we do more than in the past.  News headlines of it do not attract as many readers and viewers.  And yet its impact seems to me to be similar.  At any rate, when I first heard CSA victims describe how their experiences had affected their lives for many years and decades, it all seemed familiar to me.

Remove bullies from the scene

But I noticed one striking difference.  From time to time there are reports of children who are bullied at school and take their own lives – some of them when as young as ten or eleven.  In a terrible story reported in my local paper, the parents of one boy of that age discovered him hanging from his bunkbed, and this is by no means the only example I have come across.  It may be that there are children who are sexually abused and also take their lives at that time, but without diminishing the terrible impact that such behaviour has on them, I do not recall ever hearing of such a case.

However that may be, I feel sure that as much attention needs to be paid to bullying and its consequences.  As with sexual abuse, the first response should always be the immediate removal of suspected culprits from the scene, so that they can do no more harm.  And as an essential part of any solution, it should be the bullies that are expelled from school or dismissed from work.  But all too often bullying ends up with the victim moving on. Every time that this happens, the bully has won; and having won once, they will be emboldened to go on bullying again and again, maybe for the rest of their lives.  How many workplace bullies, I wonder, embarked on a long career of bullying while they were children at school?

When I posted this blog eight months ago, I was satisfied with the response I had received from the school authorities.  They accepted my account without question and were generally very responsive and sympathetic.

But that has now changed, and I have therefore altered the editing of my letter (above).  This was after I asked the schools if they would be willing to contact my former classmates (where they had their addresses) and ask them, if they wished, to contact me with their thoughts about this letter and blog.  I was not looking for apologies but wanted them as mature men to be refamiliarised with what happened and ponder it: a version of restorative justice, if you like.

Later last year, after Mr Azeem Rafiq’s revelations about racism at Yorkshire Cricket Club, his experience seemed familiar to me, although our personal situations were very different.  The reason, I think, was that both of us were outsiders who had arrived in closed institutions and found we were rejected by them.  And I was impressed when he reacted warmly to former colleagues who wrote to offer their apologies.

That gave me my idea and it seemed to be well received.  Nevertheless, I had been alerted early on to the possibility of some fancy footwork from Stowe School – a nearby public school which had, in effect, just taken over Winchester House – when it reported my evidence, under a statutory requirement, to the police force of its own county of Buckinghamshire, not that of Northamptonshire where WHS is located.  They corrected this when I told them that I would like to speak to the police, and they referred it correctly to the Northants authorities.  I was also a little put out that it was the Headmaster of Stowe that I liaised with, not the head of WHS.  But I did not query that as I was not familiar with their new institutional arrangements.

When they pointed out last autumn that Winchester House probably had few pupils’ addresses from so long ago, I could also understand it well.  However, I noticed that my contact for sending the proposed letter was still the PA of Stowe School’s Headmaster.  At that point I did get concerned.  I wrote back to emphasise that I was looking for accountability, meaning the letter must be a matter for the school that I actually attended.  That was a month ago now, but I have not received a reply.

So I have removed all my redactions from my letter to the school, except the name of its addressee and some details in the postal addresses.  There has been a breach of trust and I feel free now to identify the school and restore all the names of the teachers and places of this 1960s tale.

This site uses Akismet to reduce spam. Learn how your comment data is processed.